The waters around Fraser Island have become the final port of call for many ships over the years. The list of ships here is not exhaustive. 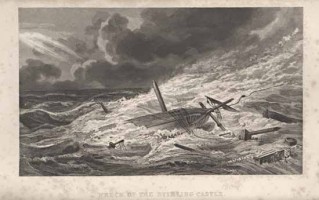 Fraser Island was named after a Scottish sea captain, James Fraser and his wife Eliza. Under the command of Captain James Fraser, the brig, "Stirling Castle" set sail from Sydney for Singapore on 14 th May 1836. A week later it was stranded on Swains Reef, off present day Rockhampton. The survivors, including Captain Fraser and his wife Eliza, took to the boats and headed south to reach the settlement at Moreton Bay. Several days later they beached on K'gari, now known as Fraser Island.

The SS Marloo was a steel steamer of 2628 tonnes. Formerly the "Franceso Crispi", it was constructed in Newcastle on Tyne, England, in 1891. Purchased by the Adelaide Steamship Company, the Marloo collided with Sandy Cape Shoal, just north of Fraser Island, began taking on water, and then was beached on the Island on 27th September 1914. All crew and passengers were rescued, and it was later decided the collision had occurred due to the Captain's negligence.

Information on this page courtesy of Manfred's Bushwalking.